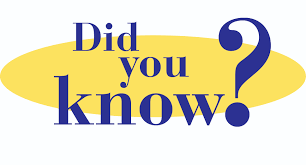 Curacao is a Dutch island in the Caribbean and has a long history. Here are some fascinating facts and fun curiosities about Curacao, you probably didn’t know: Did you know..

american culture bachata beach house boca gentil book direkt by owner Caribbean caribbean history caribbean languages caribbean music caribbean religion coronavirus covid-19 Curacao curacao culture delft blue dine out dutch dutch culture dutch people Eating out exotic drinks holiday house curacao HolidayInCaribbean holland hurricane season jan thiel latin culture no bookingsfee no fees ocean front house queen maxima salsa slaves vacationcuracao vacationhome vacation home Vacation In Willemstad vacation rental villa villa sea paradise curacao villaseaparadisecuracao where to eat willem alexander Willemstad
We use cookies to ensure that we give you the best experience on our website.and to improve our services to you. If you click on one of the YouTube thumbnails on one of our pages, a connection is established with the YouTube network and a Cookie from YouTube is placed on your system. By continuing to surf, you accept our privacy and cookie statement. OkRead more